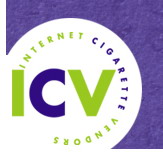 The UNC Center for Health Promotion and Disease Prevention’s Internet Cigarette Vendor (ICV) study was featured on the CDC website in April as part of National Cancer Control month. The CDC cited the study as a major force in reducing adolescents’ access to cigarettes.

The ICV study, led by Kurt Ribisl, PhD, and Rebecca Williams, PhD, exposed the ease at which minors were able to purchase cigarettes from online vendors without age verification. Shockingly, 92% of underage adolescents were able to successfully purchase buy online, despite providing their real ages when asked by the website.

Since its publication, the ICV study has played a major role in state a federal legislation limiting online tobacco sales to minors. In 2010 congress passed the Prevent All Cigarette Trafficking Act and used the study as the act’s basis.

“I was very pleased to have our research featured on the CDC website, which will help broaden the dissemination of this important work,” said Williams. “The information provided by our research arms local, state, and federal legislators with the evidence needed to spur policy reform and enforcement restricting Internet cigarette sales.”

As a second component to the study, researchers found that online cigarette transactions did not collect state sales and excise taxes. These sites are legally required to collect such taxes, as they are used in cancer screenings and tobacco control programs.

“Our research describes the sales and marketing practices of these online vendors, which often operate outside the law, promoting tax evasion and using poor age verification, allowing for widespread youth access,” said Williams.

According to the CDC, 3,900 people under age 18 try their first cigarette every day. The ICV study and its legislation are posed to significantly reduce adolescent’s access to tobacco products.

The ICV study was funded through the CDC Prevention Research Center program as a Special Interest Project.  Ribisl and Williams have since expanded their research to study other illicit products availability to minors online, including alcohol.