Does more money equate to better health? Researchers are focusing on Minneapolis’ minimum wage increase to answer this question. 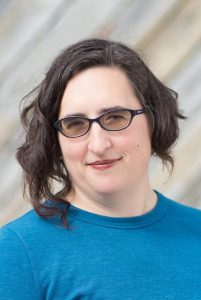 University of Minnesota and University of North Carolina-Chapel Hill researchers are collaborating to investigate the association between increased minimum wage and obesity. The study will analyze whether wage increases impact health in Minnesota and North Carolina—two states that are demographically similar, but have different minimum wages. The North Carolina research will be led by UNC’s site Principal Investigator, Molly De Marco of the Food, Fitness and Opportunity Research Collaborative at the UNC Center for Health Promotion and Disease Prevention.

Funded by a $3.5 million National Institutes of Health grant, public health researchers will compare the health of Minneapolis employees to minimum wage employees in Raleigh, North Carolina over five years.

A new Minneapolis ordinance requires large employers to gradually increase their minimum wages to $15 per hour by 2022, and small employers to do so by 2024. Depending on the size of the business, the minimum wage in Minneapolis will increase to either $10.25 or $11.25 on July 1st. After a series of incremental increases over the period of four to five years, the city’s minimum wage is expected to reach $15. Researchers will evaluate each of the participants’ food receipts, pay stubs, survey results, height, weight, and other indicators of their overall health at the beginning of the study (baseline) and after each wage increase.

Minnesota’s $15 minimum wage, compared to $7.25 in North Carolina, could have an effect on obesity for employees working for minimum wage. The study will follow a cohort of 350 low-wage workers in both Minneapolis and Raleigh. Participants will be recruited from the community and will make annual visits to clinical research centers in each city.

Previous research suggests that higher wages are associated with better health due to a variety of factors that often surface in lower-income households—such as higher stress levels, fewer hours of sleep, inadequate amounts of food consumption, and dealing with the elevated price of healthy food (compared to unhealthy food). However, this study deviates from previous research, as it will track food purchases and diet changes of employees in each city throughout the wage increase process.