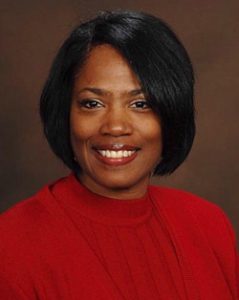 FBOs are nationally positioned as an important force to address and prevent health disparities. The White House Office of Faith-Based and Neighborhood Partnerships is currently working to create partnerships between FBOs and the government to achieve the goals of the Department of Health and Human Services.

Carter-Edwards said the chapter will be a useful tool for anyone interested in using FBOs as a source of community health promotion.

“The book will be used in leadership courses and will undoubtedly be a nice instructional tool for both new and seasoned leaders,” she said.  “The editors and I, and I expect the other authors in the book, hope this work will be useful to anyone interested in conducting community engaged research and practice among leaders among diverse racial and ethnic groups.”

As the chapter explains, FBOs have long served as a center for community support and engagement in African American populations, and are ideally situated for health education and promotion efforts.

Carter-Edwards worked closely with the North Carolina Office of Minority Health and Health Disparities (NC OMHHD), to develop and evaluate the Community Empowerment Network (CEN), a collaboration of FBOs described in the chapter.  The CEN partnered with 150 churches across 20 counties in North Carolina, and employed the collaborative FBO framework Carter-Edwards describes in the chapter.

Carter-Edwards said she hopes the chapter will provide readers a deeper understanding of the role faith-based organizations play in community based engaged research.

“I’d like those who read the chapter to gain greater understanding of the time, effort and core principles of engaged leadership and health promotion in FBOs,” she said.

The UNC Center Health Promotion and Disease Prevention is a member of the Prevention Research Center network funded by the Centers for Disease Control and Prevention.